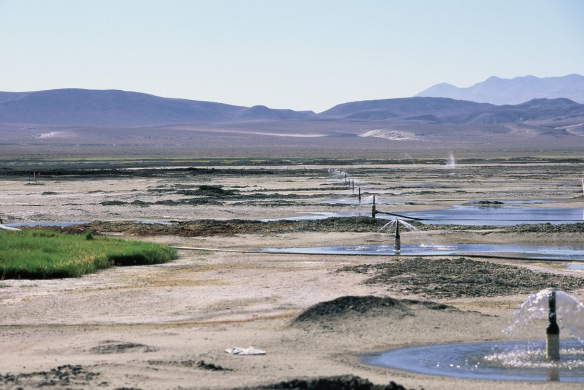 Mammoth is organizing a webwide book club blogging even focused on on The Infrastructural City starting at the end of April. I will certainly join in fun for my chapter on Owens Lake. Maybe even post some of the drafts and parts that didn’t make the cut into the book.

For each of the twelve chapters, mammoth will post a piece summarizing and commenting on that chapter as a conversation starter, but we hope that a rich discussion will spiral out from that central hub, through comments, through other participating blogs (currently including dpr-barcelona, faslanyc, free association design, Nam Henderson, Andrew and Peter of the polis blog, and quiet babylon – we’ll provide links to posts at other blogs discussing each chapter as they’re posted), and into other corners of the internet (twitter, etc.). To that end, participation in this discussion — this “book club” — is open to any and all interested readers. In order to join us, all you need is a copy of The Infrastructural City, a bit of time to read along, and an interest in discussing landscape, architecture, and infrastructure.

If you’re using twitter, you can follow the conversation, announcements, and so on using the hashtag #mammothbook; you may also care to join or follow the “twub” which the folks at dpr-barcelona have been kind enough to set up for the group, and which will serve as an archive for all #mammothbook tweets.

We won’t start discussing the first chapter, “Owens Lake”, until Monday, April 26th, in order to give all interested persons an opportunity to pick up the book and start reading (and writing, if you’re so inclined) before the discussion gets started. After that, we’ll be discussing one chapter a week, taking a break on every fourth week. In the meantime, we’d love to hear from everyone who is interested in participating, in the comments of this post. If you’d like to participate, be sure to leave your email address — we’ll be sending out reminder emails a little bit in advance of each week’s discussion.

Schedule
April 26th Owens Lake <—– this is my chapter!

…[R]ead reviews of The Infrastructural City at Places Journal, Archidose, and We Make Money Not Art.

[I’ve been slowly crafting this post over a few months as a possible lecture – so this is just a first draft and maybe a manifesto for a future studio.]

Peak Water is very real and probably the most dire environmental issue facing civilization. Yeah, sea level rise has catastrophic implications, but the climate weirding with projected decreases of precipitation in already arid zones is what will quickly kill or displace the most folks around the world. We’ve already seen the genocide in Darfur as the 21st century’s first water war and many more conflicts like this are likely. 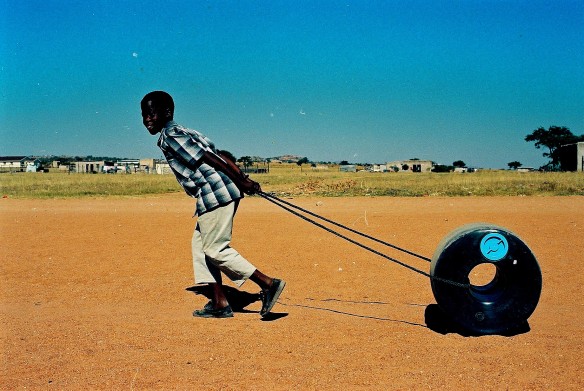 The loss of snowpack in the Himalayas, Sierra Nevadas, Rocky Mountains, Andes, and Mt. Kilimanjaro is already disappearing along with glaciers around the world. Many cities in India are already on the verge of running out of water. Much of the poor societies in the Middle East (such as Yemen and the Palestinians) don’t have access to the energy (or money) for desalination.

There is an old saying in the west is ‘that water runs uphill to money’. We’re already seeing cuts in irrigation in the Central Valley of California and redistribution of that water to the cities. With the looming collapse of the Sierra (& maybe the Rockies) snowpack, there will be even less water available for irrigating traditional agricultural land in the west – the only reliable source of water will be found in the cities. Water recycling will become the new status quo and perhaps large scale agriculture will move into the cities to tap this vital resource.

Will this shift be handled through wide deployment of Haegian edible estates? or maybe the model will be more of sky vegitables placing greenhouses and roof farms above every grocery store and big box retailer?

END_OF_DOCUMENT_TOKEN_TO_BE_REPLACED

Thanks to nam for spotting this in his weekly archinect editor’s picks. Evan Sharp made a provocative comment that has resonance worth discussing to Kazys’s blog post ‘today we collect nothing’:

In architecture school today the best teachers have almost no grasp of the tools being used by students, and students have very little exposure to the theory and history being mined by teachers. The result is a hell of a lot of pseudo-academic and aesthetic wankery, all of which is at odds with the spirit of the age.

Since my undergrad days in the early 90’s which marked the apogee of post-structuralist education and was part of the bauhaus linage of pedagogy, the advent of new modes of production vis-a-vis the computer has thrown a monkey wrench into the time tested sequence as Sergio López-Piñeiro puts it, of

So theory and history are getting pushed aside to teach 3dmax, maya, perl, flash, GIS and lots of other programs that will be obsolete in a few years. I don’t mourn the demise of history – the relevance of being able to identify the nuances of gothic cathedrals or roman temples is moot in today’s world of Google. But theory, the ‘why?’, seems even more relevant when there are overwhelming buffet of methods available.

Then there is the insertion of ecology/sustainability that demands even more time in the curriculum and leaves students even more lacking in theory, history, and other knowledge. Ecology and the science of sustainability sits at the intersection of existentialism and science. Theory would be a good place to navigate between the moral imperative to save the planet versus the economic drivers of the design profession.

There are theories of sustainability along with the opposing perspective that god gave us the earth to plunder and subjugate. As future professionals, the theory of sustainability underlays the marketing of sustainable design. Yes, it takes more brainpower and time to design holistic systems and engage the thesis of carbon neutrality, net zero, and generative cities. Maybe sustainability is the next big movement, but it certainly requires the skills and abilities that a thesis demonstrates.

As an educator and practitioner, I certainly aspire to explore this realm between thesis and movement.

A stalwart presence in the Rapson Hall courtyard is getting scaled of it’s toxic lead shingles. The wood-framed, lead clad structure is a relic of the 1986 Gehry exhibit at the Walker. But fire inspectors recently insisted that sprinklers be added at a reputed cost of over $20k. In this cash strapped economy, the College of Design decided to flay the fish and leave the bones (which made the inspectors happy).

Now that the interior is being daylighted, maybe folks will start using it and prevent the structure from reverting to the storage shed status of recent years. 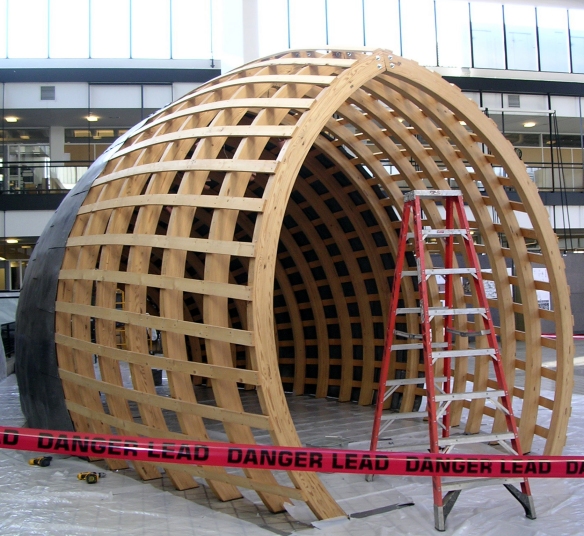 END_OF_DOCUMENT_TOKEN_TO_BE_REPLACED

B.E. Mahall and F.H. Bormann have an eloquent op-ed in the LAtimes today that calls for resetting our view of nature. While I don’t have time to write much about their piece, it is certainly worth reading as it calls to question the anthropogenic bias in most climate models and calculations of ecosystem services as only serving people.

The other item worth sharing is Marcel Smets (thanks Nam) recent talk at the GSD (podcast) as he makes his round of the architecture school circuit, to promote his recent book: Infrastructure Design in the Contemporary Landscape. Smets writes/talks about that that there are 5 strategies for integrating infrastructure into cities:

The preferred approach of politicians, preserves or restores authenticity, or realizing authenticity a park or garden on/over parking garage

Marking the existing by detaching the new this approach usually features strong geometry and autonomous form also by landscape design (almost it seems he says, by de-urbanizing or re-organic-izing and thus de-imposing the infrastructure/object)

Before I expand on this list, I want to point out that Marcel’s definition of Infrastructure is very narrow and only includes transportation facilities and corridors based on the examples given in the lecture. This misses a wide range of communication, energy, and water typologies that don’t fit so cleanly into the 5 categories above.

I would expand that list with the following (and there may be more tactics out there):

Ubiquity or Pervasiveness
Telephone pole, high tension lines, storm drain catch basins, manhole covers, and electric outlets are all examples of infrastructure that is so common we usually don’t notice.

Isolation or Obscure
Put the stuff far away from folks – not hiding as there is no attempt to conceal or camouflage. Examples are the Fort McHenry Oil Sands, many military bases (like Area 51), and many other large industrial complexes.

Sublime
Hoover Dam & the Golden Gate Bridge come to mind as examples of exceptional elegance and scale that transcend the realm of engineering and become works of art.

Okay, gotta go run and give a lecture on hydrology. More later.